So in the not too distant future (or in the recent past if you read this later than I posted it, which is pretty late) there will be a big announcement in the bookish world as to which novel and author have gone and won some award they call the Man Booker Prize, just a small thing no biggie. Of course I jest. In actuality within the next twenty four hours, and actually possibly weeks months and years to come, most of the bookish world is going to be discussing the decision made by five people in a room on the very subjective nature of what makes a truly great book… or possibly which book they all liked equally and therefore chose as the winner. So, not afraid to open a tinned can of worms, I thought I would talk a little bit about the whole book judging thing really.

You see when the Man Booker winner is announced there will be arms in the air with jubilation and also arms in the air with indignation. That is the way with books awards, well with any awards. I have experienced this a few times having judged both The Green Carnation Prize (for a few years) and then this year, yesterday in fact, I had the pleasure of judging the Not The Booker Prize for the Guardian. The latter was all the more nerve wrecking as the judging was all done live, we had no four walls and a swanky lunch (I am imaging the lunch, it might just be a cup of tea and a digestive) unlike the Booker. 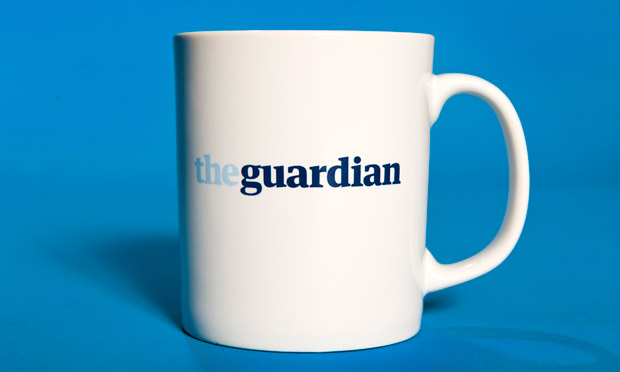 Not The Booker’s Prize… a coveted Guardian mug.

For the judges there were two clear favourite books and forerunners, not in the eyes of the public but more on that shortly, those were Kate Atkinson’s ‘Life After Life’ and Meike Ziervogel’s ‘Magda’. Two books which couldn’t be more different in terms of length but are equal in how brilliant their stories, writing and vision were – oh and how much they made us think. The winner in the end was ‘Life After Life’ which will tick some people off. Interestingly as we were talking having said at the start I wanted ‘Life After Life’ to win I started thinking ‘hang on a minute Simon, Atkinson doesn’t need the publicity, she probably has plenty of mugs and doesn’t need a Guardian one and Magda is as amazing in so many ways and think what this could do for a debut novelist…’ yet I had to be true to what I considered the best read FOR ME on the list. Which is of course a very personal and subjective thing, for me though I was looking for prose, voice, story, characters, something new, impact and thought provoking nature. Both books had all these things, personally Atkinson just hit that chord where I felt it had been written for me even when Ziervogel blew me away. This probably makes no sense so let us move on; suffice to say I was very torn.

We also went against the popular and public vote of Zoe Venditozzi’s debut novel ‘Anywhere But Here’. We didn’t do this because we were being controversial, we did it because we all agreed that Zoe can write bloody brilliantly (review coming soon) and it is a very impressive debut but we all had a slight issue with what happens in the book as it goes on, which I won’t spoil. That doesn’t mean we didn’t like it, quite the opposite is true, it means we can’t wait to see what she (and indeed Lucy Cruickshanks) do next. Unlike the Booker, or any of the main awards actually, we COULD say that publically which was really nice. I don’t think the Booker longlisters who don’t make the short list get more than a ‘nope’, though I could be wrong – doubts it. Back to my point, the public weren’t wrong, the judges weren’t wrong, it is all subjective. Different judges could have had a completely different outcome.

Books are subjective by their very nature; we will all read a book differently. Even with the people that I respect the most in terms of books, I can sometimes think ‘what on earth did you see in that twaddle?’ It is the same with loved ones; I cannot begin to tell you how many books Granny Savidge Reads and I would debate, be they crime series, classics or modern literature. Yet some books you just meet on the middle on how much you love. It is those, above the ones you all like, that you discuss the most and get excited about the most. Like at a book group. You see when it comes to books we all judge them and that is what makes me laugh when people are up in arms about a set of judges decisions. (I include myself in this; I have been very cross with panels before, and then laughed at my outrage.) From the cover of the book till the final page – if we make it that far – we are constantly judging a book on everything we have read before and what we deem a good read for whatever reason be it on the writing, the enjoyment factor or the dreaded ‘readability’.

The best things about prizes are though that they get us all talking about books and igniting the passion for literature of all types and genres. And they make people want to read long and short lists. All good stuff! So before we judge the judges on what they have judged the best book of the year (remember that the publishers were the ones who actually chose which books to put forward) in whatever prize they are judging, that we all judge books all the time don’t we?

Tagged as Not The Booker, The Green Carnation Prize, The Man Booker Prize