Now fret not, this is not another discussion on book blagging or any of that shebang (I am officially past all that; well I am now I made that small joke) and in a much lovelier place. Anyway, digression aside, what I want to discuss with you all is the tricky subject of the unlikeable character as they seem to divide reader’s opinions quite a lot. 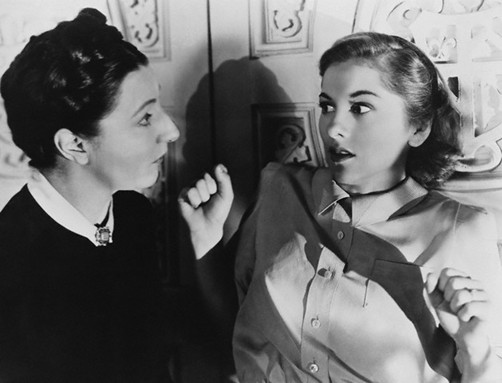 I am not talking your average villain like the wonderful, wonderful, wonderful Mrs Danvers in Rebecca, or psychopathic murder in a crime novel/ poisonous dwarf in a fantasy etc. I am talking about narrators or protagonists who you simply don’t like for the despicable things they do, or think or simply the dark side of society they show. Examples could be the lead characters in Gillian Flynn’s Gone Girl, the lead character in Alissa Nutting’s Tampa or pretty much all the characters in Christos Tsiolkas’ The Slap. I actually recently discussed unlikeable characters with Christos, as Barracuda’s protagonist Danny often isn’t the most likeable of folk, in the latest episode of You Wrote The Book and how people can be put off a book by them, which has always mystified me and seemed to mystify Christos.

Firstly how can someone write off a novel, play or short story because of an unlikeable character? You couldn’t watch King Lear and afterwards come out and say ‘ugh, that was awful, Lear is so unlikeable’. I have stolen this from Christos, I wouldn’t watch a Shakespeare play but that is a whole other can of worms.  I just think to write off a book because of a bad or unlikeable character over bad or unlikeable writing seems potty to me.

I personally love an unlikeable character, in fact probably more than I love a villain be they panto or psychopathic. I think it is the fact that they can safely take me to the darker side of life, or expose an ugly side of society and really get me thinking about it and the subject the character brings to the fore as we need to look at the light and dark in life don’t we? They can also look at controversial subjects, one of the reasons Tampa (mentioned above) is going to be one of the books I read in the not too distant future – and the lead character in that is a teacher who seduces her pupils. Dark and uncomfortable, but safely stored on a page I can pop down if I feel the need. This is the common complaint; that it can get too much, too dark or too depressing. Yet the great thing with a character in a book is that you can put them to one side – not so someone truly unlikeable in your life.

So I ask you all, what is there not to like about unlikeable characters in fiction? I would love your thoughts if you love them or if indeed you loathe them…