I quite like living on the edge and I have done that twice in the last twenty four hours. It started straight away with a change of plans as Thomas decided we would ditch Pittsburgh and head to Buffalo – as a punishment for my naughty behaviour the night before, ha not really. So we hit the road early straight away and headed to Buffalo. One thing was on my mind… My first American breakfast, we found a corker.

If you’re ever passing Bedford Pennsylvania then serious head to the Birds Nest Cafe, it was wonderful in both ambience… 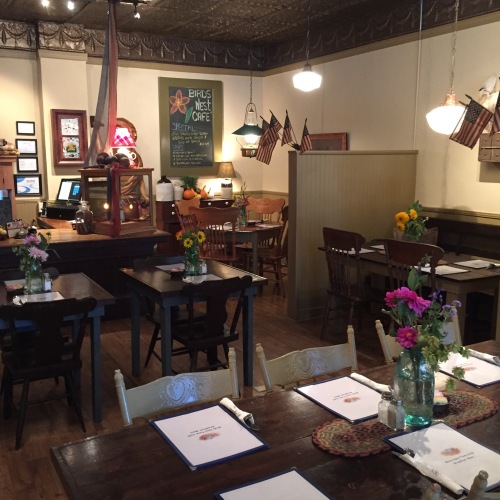 And in choice, I went for the Farmers Daily, which was three egg omelette red peppers bacon and mushroom, plus some of the best buttered toast and fried potatoes I have ever eaten. Ever. I could have become a farmer just to have it daily.

And they had a great selection homemade of cookies which Thomas and I definitely didn’t take 12 of each, oh no, definitely not.

Okay so we did. We then drove for four hours to Buffalo, not sniggering at signposts on the way… 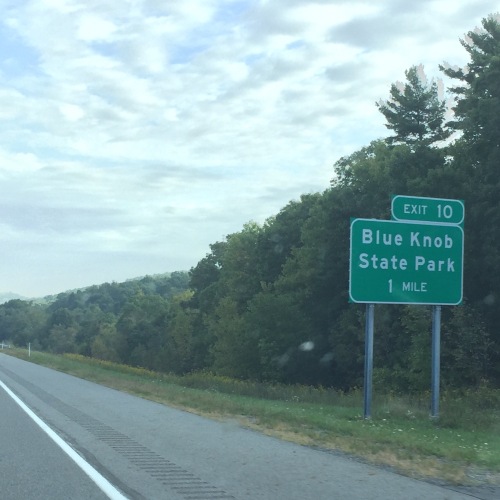 Our Buffalo aim was to find some shops (where I could get a belt and a baseball cap and man bag with bears on) and couldn’t so we had to park and eat some more. I had my first ever fried green tomatos, which were amazing…

Followed by a ‘light bite’ which was anything but a light bite and in fact a ginormous pulled pork sandwich with Mac and Cheese which I adored. We then head to Niagara where on the outskirts Thomas introduced me to yet more food in the form of my very first Dairy Queen. I somehow managed to eat it all. 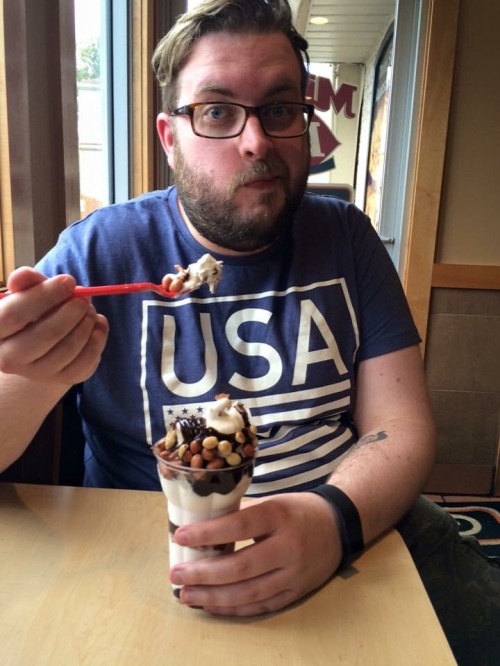 Then, after a trip through customs we finally got to Niagara Falls where it decided to unless torrential rain just as we got our the car park blinding our view and getting us soaked.

But once it passed… Wow.

I stood on the edge and everything. The noise and the actual size just cannot be done justice to. Nor can the full force of it when you’re stood next to it. Even when you’re taking a selfie.

I was mesmerised. And top tip the Canada side really is the better view because you really are on top of it.

Look at those crazy America people on a massive metal ledge miles away. 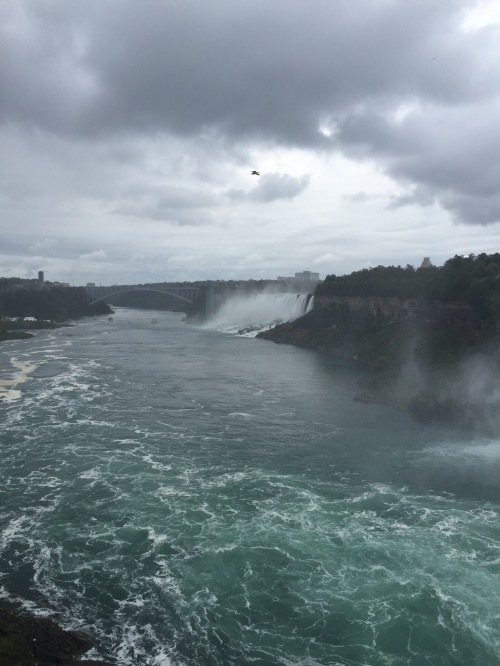 Exactly see, you can’t even see them. Crazy. So a life long dream has been filled (which was amazing) my daily dream of amazing breakfasts has been reached and I have tried lots of new foods. No books though, yet. I’ve still a week to go, ha!