I am a late bloomer when it comes to poetry. I still find it slightly difficult to talk about because I think the reactions that you have to poetry are rather different to ones you have to novels and short stories and more like the ones you have to art. More often than not, though I would like to caveat that this isn’t always the case, my reactions to poetry is very immediate. I either like it or I don’t, it resonates with me or it doesn’t. I hate going to art galleries with people for this reason, I will whizz through a collection muttering ‘no, no, no’ and then happily spend an hour or more just sat staring at one. I tend to do this with poems. So when I found out Sarah Howe had won the Young Writer of the Year Award I promptly pulled it off the shelves to have a read. 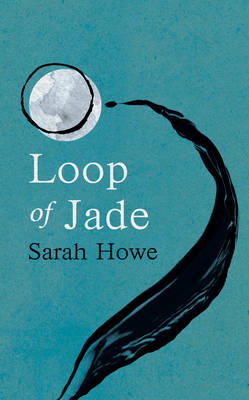 Loop of Jade is a really interesting collection as in one sense it is a collection of poems that tell the story of Howe herself going back to her childhood and roots in Hong Kong, in another it is a collection about her mother’s past and it is also a collection that seemed (to me) to celebrate history, or herstory, itself. Yes, I know, that sounds quite grand doesn’t it yet there is really no other way to try and put the collection. Especially as with Howe’s debut these poems all  feel like they relate to each other more than many collections I have come across, with some poems talking to ones prior to them and some to ones ahead of them before the reader realises it, for example Crossing from Guangdong and Islands.

Interestingly those two have much in common as they are both about the history of Hong Kong and both take on a fascinating look at the landscape, culture and the imagery we have of it on the other side of the world, which of course makes sense with Howe’s dual nationality and backgrounds. It was this twist and edge to a lot of the poems that I really liked, so much so some about the mystical past of Hong Kong were amongst my favourites. I loved the added flavour and twist that this gives to the collection.

It is not just history from Asia that Howe writes about. Greek and Roman classical elements with poems like Sirens, Death of Orpheus, (h) The present classification and Pythagora’s Curtain all have that feel. We don’t stop there though, there are also nod to Egyptian history as well as some western history, The Countess of Pembroke’s Arcadia. Maybe my earlier comparison between a poetry collection and an art gallery is wrong with Loop of Jade it is more like taking a wonder around the wonders of the world housed in a museum. Yet world history is not all, there are many in this collection that speak to a much more personal history like Mother’s Jewellery Box.

It should be no surprise that any poetry collection is about language but there are some of Howe’s poems which really hit home its powers. From simple word play like Start with the Weather which starts every stanza with ‘whether’ to Drawn with a very fine camelhair brush which looks at lost languages and how they are created. She also uses the forms of her words in really interesting ways, most noticeably in title poem Loop of Jade where one poem is intersperse with another and then suddenly takes on a whole new form. To all Laments and Purposes is like something I imagine Ali Smith’s poetry is like, shame on me that I have not read any, there is so much word play in it.

Many of Howe’s poems also stand like short paragraph length stories (Crocodile, Innumerable) and occasionally I wondered if this collection was a mixture of verse and short stories. I wonder if anyone who has read this feels the same way? Regardless, Howe is clearly aware of the power and poignancy of language, words and form and also wants to experiment with them and see what happens, which I liked very much along with her writing and lines like Dying is such thirsty work and this snail’s slow ribbon turns the asphalt into gold.

I mentioned earlier that I find poetry collections like art galleries (or should we scratch that to museums as discussed?) and there were several in particular which I lingered on. Crossing from Guangdong I could read many a time for its descriptions of place and also how it looks at combined and contrasting cultural heritage with east vs west and east meets west. In the same vein but much briefer and sharper Suckling pigs had me giggling to the point of appropriately almost snorting. [There were barnacles…] is also a gorgeous para-poem (as I am now calling them) about the humble and not often celebrated creature of our rock pools. Embalmed is a wonderful piece of history told in poems I have read.

There was one poem in particular that I could read over and over and over again… Tame, a poem-cum-myth-cum-fairytale which just completely enchanted me. I think in part this is because I love myths and fairy tales and so it instantly chimed with that sensibility in me. There is more to Tame than that though, it is probably one of the most full and poignant poems I have read. Short and yet epic with its ability to tell an entire story, throwing in so much atmosphere and character you cannot help but be moved by it even though it’s quite macabre – as all good myths and fairytales should be. It embodies everything that is wonderful in Howe’s writing in one large concentrated dose. I have read it more than ten times already. Stunning.