I am trying to remember when it was that I became convinced that Becoming Unbecoming was essential as part of my reading year. I think Emma Jane Unsworth might have mentioned it when I saw her last, which would make sense as she is quoted on the cover of my edition. I know I heard the author on BBC Woman’s Hour, of which I am one of the 40% of male listeners. Why it became an internal insistence in my brain that I must buy it and read it though I am not sure. Maybe it was just a hunch? If so, I must follow them more often because Becoming Unbecoming will no doubt be one of my books of the year. 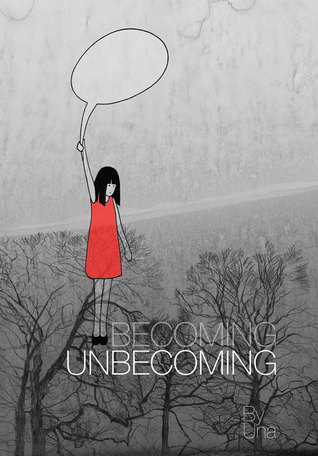 Myriad Editions, 2015, paperback, graphic novel/memoir, 224 pages, bought by myself for myself

Becoming Unbecoming is Una’s memoir of a very difficult and tumultuous time in her life. As the Yorkshire Ripper began his several years of killing women, Una herself was the victim of sexual abuse. Una looks back on this period in hindsight and looks at how the situation around the Yorkshire Ripper and the attitude towards predatory men and their victims not only caused the murder of many innocent women and the pain and loss to their families and loved ones, but how the ‘victim blaming’ culture of the time also affected people like Una who were the victims of crimes that went undetected/unsolved or people feared reporting. 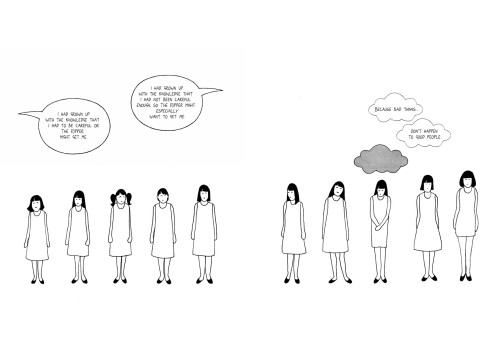 As you read on six strands form in your mind. The utter loneliness of a young girl who had been taken advantage of and why she didn’t want to speak out. The fear that spread for young girls everywhere at the time. The way in which so much innocence was lost at the time, not just in the victims and Una’s case but also in something prevalent in time, as highlighted by a small appearance from Jimmy Saville. The way prostitutes were portrayed by the press, and society succumbed, as almost being asked to be killed because of what they did for money. The inept way in which the police handled the case (in part because someone called a hoax, in part because they thought he was only killing prostitutes even when a victim was not one) and why people didn’t want to report it. 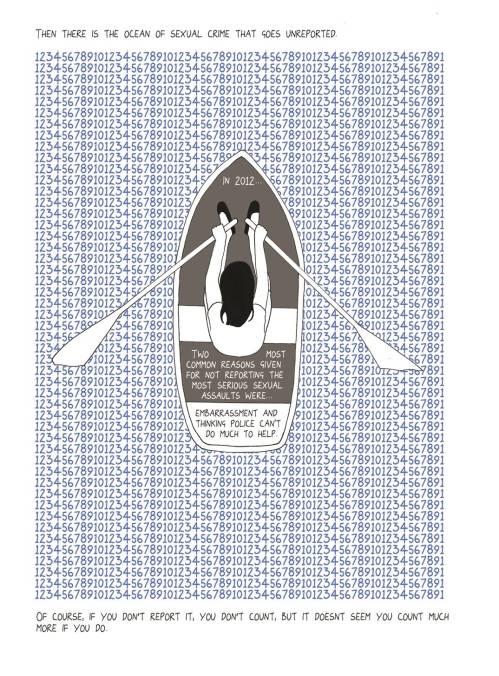 And the sixth, I hadn’t miscounted, is how this is still in our society today all around the world. Una highlights how we often sit in shock at what is happening in other countries around the world to women (in Africa, Syria, I could go on) and yet how we somehow forget that it is going on in the western world too, often through the digital world but also in schools just as it did when she was younger. It is an important message about the state of misogyny which is still rife and why we need more books like this and more projects and reactionary endeavours like Everyday Sexism and the like. 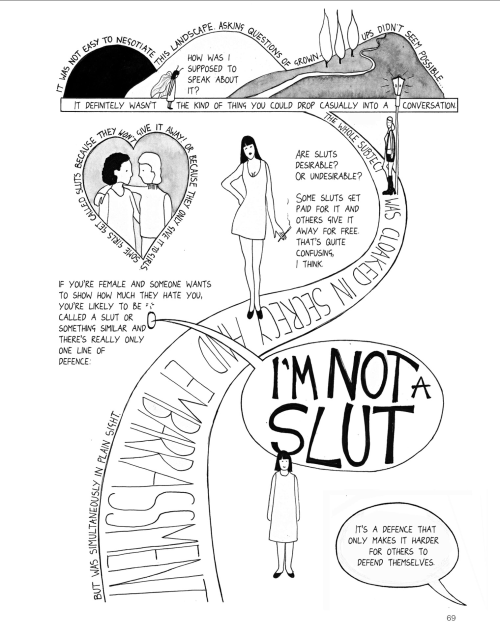 I like to think of myself as quite a forward thinking man, yet Una made me check something about myself that I hadn’t thought of before. Una talks about the keen interest in true crime especially in the cases of Peter Sutcliffe, Jack The Ripper, The Wests, where women are the victims. Now she isn’t judging readers on this, she is pondering it (I think). I then had this awful niggling doubt as to if that might be why I had initially felt I needed to read this book, because of the Yorkshire Ripper and my interest in him and some true crime.

Now before you jump the gun and go thinking the worst, there are a few reasons I have wanted to read around the Yorkshire Ripper. Firstly, you know that fear I mentioned earlier that young girls had at the time, my mother was 12 when Peter Sutcliffe and despite living several hundred miles away still remembers the fear in which she, her sisters and Mum all felt at the time. This has always stayed with me, how could someone cause such fear, what really happened. This I would say is more a history pondering than a true crime one. Secondly, I started (and had to put down but will try again) to read Dan Davies In Plain Sight, which won the Gordon Burn Prize this year and is about Jimmy Savile and mentions the Yorkshire Ripper also, it is a disturbing but important book about how we might spot predators and making sure they are not covered up. Thirdly, I went to a talk about I’m Jack which is a fictional account of the hoaxer I mentioned above and how it affected the case in such a disatourous way. I am now still debating in my head reading them as being some entertainment unwittingly at the expense of the victims or if it is about acknowledging awful acts in history and learning from them? I still have a lot of mulling over to do.

Sorry I got diverted there. As you can probably see Becoming Unbecoming is a memoir that will make you ponder, question and think. It does this in almost every frame and in the most subtle of ways. The best examples of this are the speech bubble which Una walks around with on her back (sometimes switched to wings) which as the story gets on gets larger with the burden she carries as she keeps the secrets within. There is also the way in which the story is interwoven into the artwork so you have to move the page around and really read it doubling the effect of the imagery as you see more and more. There is also the heart breaking ending, which actually made me cry, when Una looks at how her life has turned out so far and then ponders how the victims of Peter Sutcliffe’s might have turned out, an illustration of possibility for each. This really hits home not only at the loss of their lives but at the loss of any murder victims life and the loss of innocence of anyone who has been sexually abused, deeply affecting reading and imagery.

So as you can see Becoming Unbecoming is quite something. Una doesn’t like people to say she is brave for writing this book yet I think it is an incredibly brave act to use your experiences to highlight uncomfortable issues or important topics which need attention and debate; by default in doing so you open yourself up to scrutiny an opinion which must be a highly vulnerable position. Una is a very brave woman and Becoming Unbecoming is a very brave, important and thought provoking book. I urge you all to add it to your reading stacks and talk about it once you have.