It has been book list central recently with many prizes announcing their long and short lists in the last few weeks. I have mentioned the Bailey’s Prize as I am half of the Bearded Bailey’s Book Club and would now like to tell you about another prize which I am involved with and will be telling you more about over the next few months… the Wellcome Book Prize.

What exactly is the Wellcome Book Prize? Funny you should ask that, it is “an annual award, open to new works of fiction or nonfiction. To be eligible for entry, a book should have a central theme that engages with some aspect of medicine, health or illness. This can cover many genres of writing – including crime, romance, popular science, sci fi and history. At some point, medicine touches all our lives. Books that find stories in those brushes with medicine are ones that add new meaning to what it means to be human. The subjects these books grapple with might include birth and beginnings, illness and loss, pain, memory, and identity. In keeping with its vision and goals, the Wellcome Book Prize aims to excite public interest and encourage debate around these topics.”

Now when the PR team behind the prize, the lovely folk at FMcM, asked me to work on this years prize from behind the scenes last year I initially responded ‘but I know nothing about medicine, I barely passed science at GCSE’ I was promised there would be books that would make even the science phobic, like myself, be won over by medicinal books and from the looks of the shortlist announced today they are right. Here it is…

What are they about? Well instead of giving you the full blurbs, or me badly surmising, here is what was in the press release “The two memoirs on the list, ‘The Outrun’ and ‘The Last Act of Love’, are both stories of devastation and recovery, one following addiction and the other a debilitating accident. ‘Neurotribes’ and ‘It’s All in Your Head’, the other two non-fiction contenders, are studies of autism and psychosomatic illness respectively, reflecting society’s interest in the human mind. The remaining two books on the list are works of fiction. ‘Playthings’ is an immersive imagination of a schizophrenic mind, while ‘Signs for Lost Children’ recounts the pioneering work of an early female medic.” 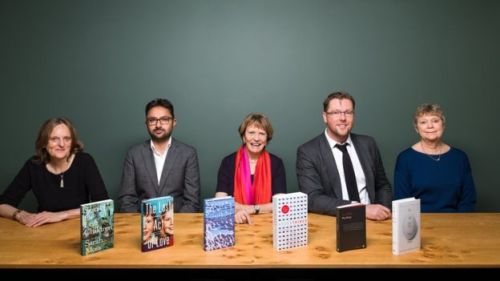 I have only reviewed Cathy Rentzenbrink’s wonderful, wonderful The Last Act of Love on the blog so far but get ready for thoughts on the other five amongst Bailey’s long listed reviews over the next few weeks and maybe a bit more here and there as I will be working with the lovely Wellcome folk over the next month and a bit till the (£30,000 not to be sniffed at) winner is announced including hosting a bloggers brunch at Wellcome HQ with some special guests on April the 2nd. Very exciting.

So what are your thoughts on the list and indeed the idea of prize itself? Have you read any of the shortlisted books and if so what did you make of them?