Tag Archives: And Other Stories

Does The Imprint Matter?

A few things have been making me ponder the imprints of books over the last few weeks. First up was when I was discussing a book and someone asked me what the imprint was and then if that imprint was very good which was something I wasn’t aware I give much thought to but then realised that I do. A bit like prizes actually thinking about it, you know the ones you really trust the selection of, or not as the case may be.

While in London I bumped into Meike Ziervogel who wrote Magda and also runs Peirene Press, who translate novella’s, which instantly reminded me I hadn’t read as many of their brilliant (they have all been very good so far) books as I have meant to. I also have a friend who has been looking for a new publisher and who asked me if I would recommend any, I instantly reeled off three or four who I would recommend because a) the staff there are lovely b) overall the books I read from their publishing house are just up my street – a publisher to trust on all counts. I also spotted a receptionist in a museum reading a Penguin Modern Classic this weekend, which I instantly recognised from the brand which whenever I see a copy of second hand I snatch up even if I know nothing about it because I trust them on previous experience. 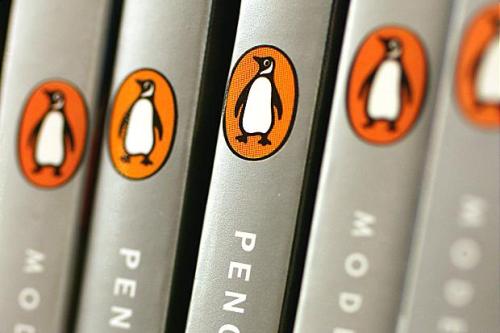 This isn’t a biased subliminal picture, it just looks pretty.

Mulling it (I like a good mull) all over made me wonder if I am partial to certain publishing houses in particular and where my bias lies. To get a negative out of the way, a certain book won a prize the other day and I looked at the publisher and rolled my eyes as I don’t really like them, not because of their books but because their publicity departments are a nightmare to work with. It shouldn’t matter but then again it does, a lot like one publishing house who has a publicists whose tweets were so up their own bottoms I blocked them and have avoided their books since. Bad, I know. Judgemental? Very. Yet once you have an impression of an imprint it sticks, good or bad. And it isn’t just the publishers you know in reality, it is also just the publishing houses you read regularly simply as a reader. For example Gran used to say she could generally trust Virago’s if she was stuck for a book to read.

Obviously I am working my way through the Persephone Classics (if a little slower than intended) and the reason for this is because through all the ones I have read, which I think is about ten or twelve now in total, maybe more, there is only one which I haven’t like and I have forgiven it everything because it is a Persephone – which is clearly a rather partial leaning isn’t it? I am hoping that when I re-read it (it was The New House by Lettice Cooper) I ‘get’ it the second time around and am 100% proven that all Persephone’s are brimming with wonder. Anyway, I digress…

Another pair of publishers that haven’t gone wrong for me are another two small independents (I need to mull over the bigger imprints more). They are Peirene Press (who I have already mentioned) and And Other Stories. Both feature novels that tend to be short-ish and cover fiction from all over the world and even though every book has something different about it you understand why it fits in the imprints umbrella, a certain je ne sais quoi if you will? I have actually rearranged my shelves recently so that these imprints’ titles all sit together and I can make a beeline for them as I must read more of them. In fact I really must pick one of them up next!

What about all of you? Do you have a certain publisher that you turn to when you need a good read and are pretty much certain any of their books will do the trick? (Feel free to tell me which one publisher it is!) Are there any you’ve had a pretty bad failure rate with? Do you have a classic or independent print you make sure you have the whole collection of and really support? Or does it simply not matter?