Goodbye and Good Riddance To May, Bring On June…

I won’t lie to you, May was a wonderful month for going off and doing lots of lovely things and seeing lots of lovely people, it was an absolute devil for books and blogging though. Seriously, one of the worst months that I have had, if not ever then certainly in the time that I have kept this blog. I read 3 and a half books, which isn’t dreadful but one of them was, so much so that it almost killed my every waking desire for books. The struggle to finish it was real and it then made me very, very book bolshy for the rest of the month. Isn’t it awful when that happens? Thank goodness then for having still got some of Christos Tsiolkas’ short stories left which saw me back on track after the two weeks of very real fictional fury. 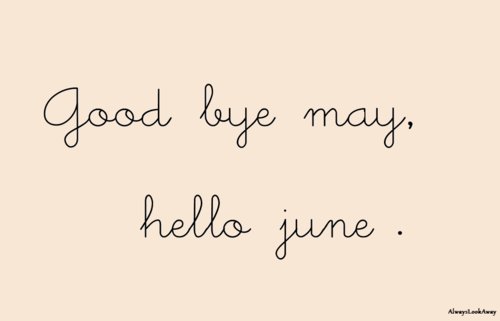 It wasn’t just a lack of books being read that bothered me, it was also the lack of books being reviewed. I reviewed two last month, TWO! I feel ashamed to call myself a book blogger. The additional nightmare to that is that I have about twenty or more outstanding (and I don’t mean in a good way) reviews that I would like to share with you. I think it is going to have to be a case of separating the good, the bad and the mehing ugly and doing some round up posts, or maybe its a case of just having some up my sleeve when I have months like May in the future where I can’t blog as much as I would like? I’ll think on that, there will be some coming though which is nice, hopefully.

The month wasn’t all dreadful for book related things, I got to interview Charlotte Wood for You Wrote The Book, which you can hear here, about The Natural Way of Things which was one of my books of the year last year and you all need to read if you haven’t. It is out in the UK on Thursday, buy it or I am afraid I will have to do something nasty, like kill this blog or something – this is not an idle threat. Well, maybe slightly, just like the person writing this post. Ha. I have also dipped my toe tentatively back into the world of Booktube, you can have a gander here but I will be wanging on about it in more detail soon. Speaking of booktube though I have noticed that two (of my many new) favourite people on YouTube, both David of The Poptimist and Peter of Peter Likes Books, have said in their wrap ups they too have had dreadful months. Maybe something is in the air? Bring on June!

Before we get rid of May completely though, how has it been for you? Have you had some kind of pre-Summer slump or are you hurtling through books like there is no tomorrow? What have you been reading and loving, or indeed loathing? What else has been going on? Come on, time to check in and let me know how you all are, what has been happening, what you have been reading or buying as well as any other news. Ta ducks.

*The book in question was Muriel Barberry’s The Life of Elves, which having the quote ‘beguiling fairytale’ had me at hello when the publicist contacted me. However when I then read the full review, after the book took two weeks of fighting to finish, I discovered that was a very choice quote. I was furious. Why do publishers do this, actually that could apply to the pushy thing too. Anyway.