Is It Time For Me To Head Back To The Ancient Classics?

It is funny how long you will deny something to yourself and indeed the reasons for doing so. From an early age I was brought up not just on fairy tales but on the stories of, and adventures around, the Greek gods and goddesses. You see my mother is something (understatement of the year) of a classicist and so as often as I would ask to be regaled with the story of Rapunzel again and again, I would also ask to be read and reread the tale of Persephone. I was also obsessed with Jim Henson’s The Storyteller spin off about the Greek Myths, I also just had a flashback to a phase I had of loving the animated Shakespeare series, especially Zoe Wannamakers Lady Macbeth. I digress. This all changed when I went to school, where Mum taught, and got 99% in my classics exam. Rather than this being a good thing, some bullying little sods at school made my life hell and said I was either a complete geek or my mum had told me all the answers. My response of course was to shut down and shut out classics. Wow, this is like therapy.

Almost 23 years later when I found myself picking potential holidays Cyprus (have I mentioned I have been on holiday at all) kept coming up and once I explored it, it wasn’t just the all inclusive four star hotel bargain that kept pulling me back, if I am being honest it was also the fact there were ancient tombs, moments, rocks, myths and legends about the island too – like being the birthplace of Aphrodite – that kept drawing me back. And when I got there it was the archaeological park that was one of the first places I wanted to visit, and oddly when I did I felt strangely at home. 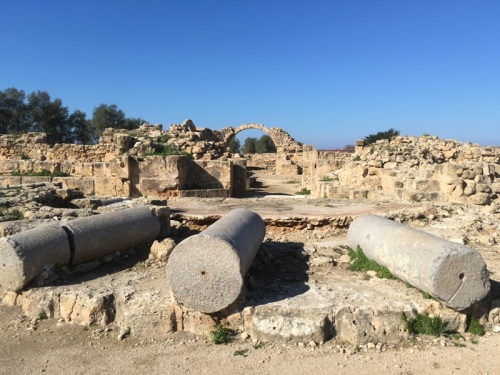 This might of course be because of all the times I went to these places with my mother as a kid (driving through the Greek mountains recently I was reminded of those trips where I played all Cathy Dennis’ albums on repeat) even the seven hour trip around Pompeii, which may have also hardened my heart to classics a little bit possibly. What I wasn’t expecting was for mosaics to bring such a sense of nostalgia back to me…

And then I was really cross with myself when I couldn’t remember the stories surrounding some of the mosaics that we saw, even when I recognised the names. The more we saw the stronger the sense of nostalgic and slight pining for these tales of ancient times became. 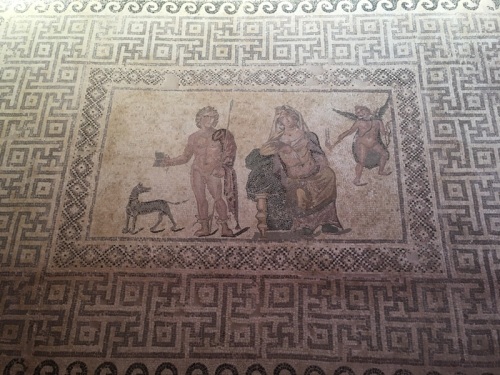 As did the sense of the ancient world suddenly being so vivid and overwhelming the more of the old ancient sites that we visited. Really there is nothing like standing in or in front of an old Odeon to bring back the spirits and beliefs of the people who would have been sat in there watching some performances.

So the more we wandered round, and the more that we saw throughout the week, the more I started to get the old classicist itch, which I honestly thought was more dormant than Mount Vesuvius. So now I feel I need to scratch it, or if we want to go right down Pun Alley, the more I want to start an archaeological dig on my soul and start to excavate this side of me again. 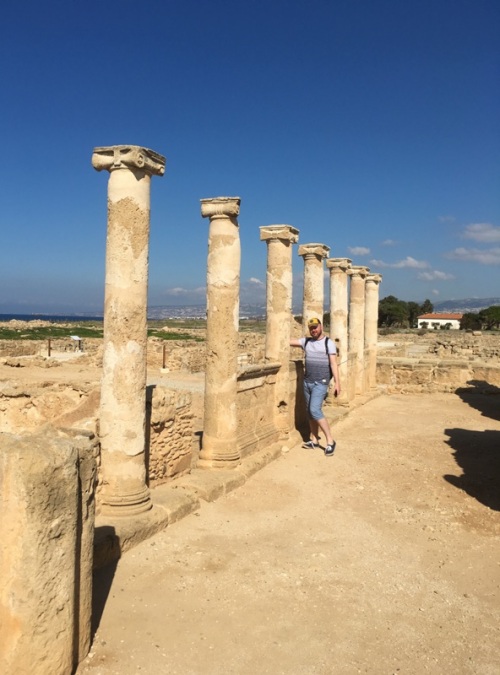 I have dabbled with the classics in the past few years. I read Poetics by Aristotle (who my mum once named a cat after) and thought it was a brilliant piece of writing about, well, writing. I loved Mary Beard’s collection of essays It’s A Don’s Life, and loved her TV show Rome but I love Mary Beard regardless, who doesn’t? I also really enjoyed Natalie Haynes’ The Amber Fury which weaves Greek tragedies through it, and enjoyed the nods to Greek tragedy in Lauren Groff’s Fates and Furies. And then there is Madeline Miller’s The Song of Achilles which I love, love, love, love, love. If you haven’t read it you must.

The question is what next? I have just gone and ordered Natalie’s The Ancient Guide To Modern Life as I think that will be up my street and am debating both Robert Graves Greek Myths (as I want to be reminded of them all, if it isn’t dry and dusty) and Ali Smith’s The Story of Antigone. In fact speaking of Ali Smith, I should get my hands on more of the Canongate Myths series really shouldn’t I? Oh and Vintage did kindly send me a copy of Euripides The Bacchae so that could be next. Blimey so much choice. What do you think? Any ancient classic texts you would recommend to me, or indeed any other retellings?

Thanks Mum, For Making Me Read

If I am honest I do think that Mothering Sunday, which is upon us here in the UK, is actually a big mass of cash spinning marketing. If you like your Mum, tell her when you see her or speak to her, if you don’t like her then don’t tell her, or see her. Ha! Anyway, that aside I thought it might actually be a nice idea to do a post about my mother considering without her influence I wouldn’t be the reader I am today and I am not sure I have ever thanked her for that in person, so I thought I would do it publically. She’ll be embarrassed but that is what sons are for or is that what parents are for? Either way… 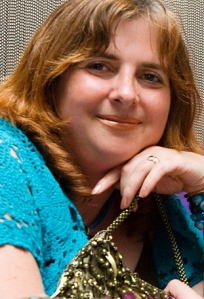 My mother (that’s her there —>) had me at the age of 16 years old back in 1982, in fact almost 30 years ago to the week how apt (apparently she is ‘fine, yes fine, why do you ask’ about being 46 and having a soon to be 30 year old son). Not that it was the dark ages, but at that time not only was it a rather shocking occurrence it was also one that could curtail your studies and career, especially if you were going to be a single mum, as my Mum was even though she had the support of my grandparents. This wasn’t to be the case with my mum, she carried on her studies and took me with her to Newcastle where she gained a degree in Classics. I always say that having been to university from the ages of three to six is why I didn’t feel the need to go myself, excuses, excuses.

It is at university that my first memories of Mum reading to me are the strongest. I can vividly remember, after me throwing matchbox toy cars at her head to wake her up at 6am, the joy of getting into bed with her in the morning and being read children’s classics like the Ladybird Fairytales, Roald Dahl, Jill Murphy and the seminal works of ‘The Adventures of He-Man’ or ‘The Adventures of She-Ra’. It was also at this point books really took on a life of their own when she would read me the stories my granddad wrote and illustrated for me, which even featured me in them (and a certain Novel Insights who I had befriended aged 4), about the tales of a witch called Esmeralda and all her friends. You can see them below and read about them further here.

Studying Classics meant I also got the entire myths and legends from the Greeks and indeed the Romans regularly, I don’t know if it was because of her enthusiasm for the subject or if it helped her revise, in fact most nights. I seem to remember this is when ‘The Saga of Erik the Viking’ by Terry Jones appeared on the scene and was read often along with the nonetheless epic ‘Flat Stanley’. However it was an illustrated edition of the story of Persephone which I vividly remember from the time and would read over and over. I lost the love for Classics when I became a teenager and my Mum was teaching it at my school, odd that, but it’s nice to see it has recently been awakened by Madeline Miller’s ‘The Song of Achilles’ where the joy of reading about the gods, goddesses and monsters (I had a moment of utter joy when a centaur first graced the pages of this book) has been reignited. More on that tomorrow…

The library was a  place we always went regularly, as were charity shops. I remember once buying a new version of the story of Perseus from Oxfam for 50p, Mum opening it impressed and then seeing the joy drain from her face as she swiftly returned it, it seemed it was a rather over racy (Perseus does porn kind of thing) version of the story and not really appropriate for a young boy of eleven. Sherlock Holmes was though, and as my great uncle memorised them on walking holidays to stop me being bored, we would pop to Waterstones (a real treat) on the way home after she had picked me up to get a new collection, this was also when we fell upon Robin Jarvis and ‘The Whitby Witches’.

A year or so later Mum gave me my first proper grown up book in the form of ‘Perfume’ by Patrick Suskind, I wonder if my Nancy Drew obsession that summer when we went to Africa had made her worried I would end up with no taste – I still like a crime. Her attitude was if I was going to start reading grown up literature it had to be the good stuff. This was followed by attempts to lead me to Margaret Atwood but I wasn’t biting. I was studying books, and whilst my Mum might have become a good English teacher, my English teacher (one of her colleagues, oops) was slowly taking all the joy out of reading and after I left school early I avoided books like the plague. Mum had laid the foundations though.

In fact looking back whenever I ended up living back at home, which happened a few times after some particularly bad relationship decisions I made and their tumultuous endings, Mum would let me have a good cry and suggest ‘maybe pick up a book’. This could have been to show me books are always there for you, or it could have been to provide some escape, or she maybe just wanted me to stop crying and leave her alone, ha. Whatever the reason though at times of turmoil bookshelves and books would be in my head, even if I wasn’t rushing out to buy them, and they still are. When things have turned to the proverbial, pick up a good book, or a bad one.

Nowadays of course when we see each other books are one of the main things we talk about – who cares how the other one of us is, what we have been reading is far more important. Our tastes can be bang on (Anne Tyler, Margaret Atwood, Samantha Harvey) or completely polar (Susan Hill, owning a Kindle) but we both love books and really that’s down to her, with some help from Gran too of course. It’s nice seeing she has done the same with my thirteen year old sister (though Twilight, really?) and eleven year old brother (Harry Potter ‘which he is reading quicker than me and won’t wait’) and she continues to do so as an English teacher, in a school where kids aren’t generally fans of books but they will be, or else.

So thank you Mum for giving me the gift of books, the encouragement to read and forcing me into the library when sometimes I didn’t want to go. Look what it lead to. Happy Mothers Day.

You can read my Mums favourite books here and see her get a readers grilling here.