Fear not, the world has not gone completely mad, my admitted love of Jane Austen’s ‘Persuasion’ has not meant I have suddenly already polished off ‘Pride and Prejudice’, not yet anyway. You may remember that when Michelle told you over the weekend ‘Why I Love Jane Austen & So Should Everyone Else’ (if you haven’t read it then please do, it’s a treat) she mentioned that we had been to Lyme Park in May last year, to try and get the Austen bug going in me, and had in fact made a video homage to the BBC’s ‘Pride and Prejudice’ there. Well after some editing, thank you AJ, here it is. You have been warned…

Ha, I thought I would share it as I am so smitten with Austen at the moment and before things start getting very spooky on Savidge Reads for the rest of the week. I hope you all enjoyed it?

I’m Off To Pemberley…

…No really! After bringing you the joys of Daphne yesterday and the possible re-visit or first visit to Manderley (don’t forget you can win five Daphne books for ‘Discovering Daphne’ here) with ‘Rebecca’, I am now off to see the famous grounds of Pemberley where Lizzie and Fitz, that’s Elizabeth Bennet and Mr Darcy to you please, re-meet. 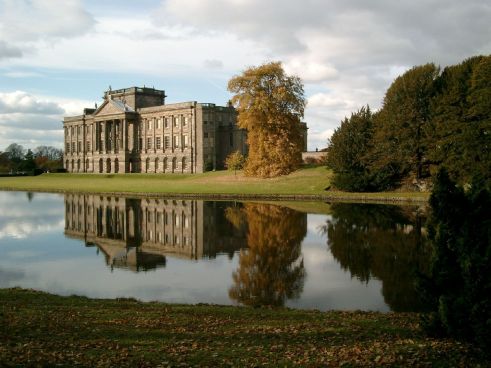 One of my lovely friends Michelle has come to visit me between my hospital visits and cheer my spirits and so we are off to Lyme Park for the day to find the settings of, and hopefully actually re-enact (I am taking my video camera, oh yes), this famous scene from the 1995 classic adaptation of Jane Austen’s ‘Pride and Prejudice’ with Colin Firth and Jennifer Ehle, need I say anymore? In fact no, let us just cut to that famous scene…

I will report back to you all in due course.

I mentioned when earlier in the week when I discussed adaptations that I had been to see the musical ‘Wicked!’ again with The Converted One, my mother, my little sister and her best friend. Now many of you thought it was for the second time, it was actually the fifth!! Anyway it started me thinking about prequels, sequels and spin offs NOT written by the original author and this discussion has come up again a few times in the last week so I decided I should bring the discussion on here too. I hope you will all join in?

It was actually ‘The Wizard of Oz’, and therefore ‘Wicked’, as opposed to instant titles you might think of that have been spinned such as ‘Rebecca’ or indeed ‘Pride and Prejudice’ that got a conversation started on just this subject between myself and one of my fellow Green Carnation judges Nick Campbell when we were out at a book launch on Tuesday night. You see as a child I was rather obsessed with the film ‘The Wizard of Oz’ (and indeed ‘Return to Oz’ though I think people thought that film was rather uncool so maybe I shouldn’t admit to that) ask Granny Savidge Reads… I used to insist on watching it once a week apparently. It seemed that so is Nick and not just of the films but of the books. So I of course asked if he had read ‘Wicked’ by Gregory Maguire and ‘Was’ by Geoff Ryman (the answers were yes and no).

I personally loved ‘Wicked’ when I read it several years ago and it has indeed become one of my very favourite books because it took something I adored and turned it on its very head (making Elphaba a misunderstood witch who was actually best friends with Glinda at university in Shiz not far from Munchkinland. Interestingly though I was then really rather disappointed when I went onto read Gregory Maguire’s sequel to his ‘Oz’ spin off ‘Son of a Witch’ it didn’t cast the spell (pun intended) that I wanted it to once more. Maybe ‘A Lion Among Men’ will? I wonder if I would be such a fan of ‘Wicked’ if I had actually read the original Oz books or would I instead consider it some kind of barbaric sacrilege?

I mean most of the people I know who love ‘Pride and Prejudice’ think anything that is a spin off of that novel they hold in such high esteem is the work of Satan simply doesn’t cut the mustard no matter how good it is. The very fact that it is a spin off of from such a successful story is deemed an author cashing in or writing a book rather lazily to be honest (not my words a rather toned down watershed version of some of my friends actually). Is this the case or are their some gems out there they are simply being too snobbish to admit to? I mean look at ‘Wide Sargasso Sea’ by Jean Rhys which has become rather an acclaimed novel and yet is a prequel of sorts to Charlotte Bronte’s ‘Jane Eyre’.

I applied the notion of prequels and sequels written by another author to my favourite book which is of course ‘Rebecca’ by Daphne Du Maurier. Whilst I have copies of Sally Beauman’s ‘Rebecca’s Tale’ and Susan Hill’s ‘Mrs De Winter’ I have not touched either of them or really been tempted to and considering the latter is one of my favourite authors I am wondering if there is something in this. Can I simply not bear the idea of my favourite book being ruined by another great author who no matter how good or how hard they try simply cannot recreate the atmosphere Daphne did? I suppose I won’t know the answer till I try… but just having looked at them again, I got that same unsure feeling, so I don’t think I will know for quite some time.

Are there any prequels, sequels or spin offs by your favourite authors or the ones mentioned above that have really, really worked for you and managed to embody/channel the voice from the original? Have any ever been better than the original itself? Which prequels, sequels and spin off’s really should never have happened?

Since reading ‘Jane Eyre’ and going to the theatre this weekend to see ‘Wicked!’ once again, which ties in more with Thursday’s post, I have had adaptations on the brain. In fact since I have put ‘Jane Eyre’ down I have actually been itching to start it all over again, however with a rather large TBR and long lists to re-read and book group choices to fit in I cant really justify an instant re-read. I shall simply have to make do with knowing I have a joyful re-reading to look forward to in a year or so. I do have the BBC adaptation on DVD though… 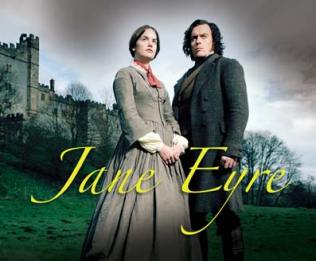 However can an adaptation, be it a TV series, play or film, ever really do the original justice? My mind instantly falls to the amazing and epic BBC version of ‘Pride and Prejudice’ staring Colin Firth which I introduced The Converted One too a few weeks back and we both thoroughly enjoyed. 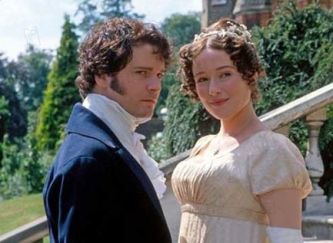 The irony of that choice by me as a great adaptation is of course that I have never read P&P so how would I know if it was a good version or not? I do have friends who are complete P&P lovers (see Rose Roberts for one) who say it is an exemplary adaptation. I will read it one day and find out I swear I will. I loved ‘Bleak House’ as well when that was on, haven’t read that either, but do we have to have read the book to say if an adaptation is good or not?

Any TV show can appeal just because the directing, acting, production etc, etc is so good (the same with a play or a film of course) or because it has one of your favourite actors in it so of course this can apply to an adaptation. Some may say the best adaptations come because the stories are so good but I think we could all think of a few adaptations which a quarter or half way through we have had to turn off or run from the theatre/auditorium screaming. Ok, maybe not screaming – you get my drift.

I myself need to have read something first, well if I know it has come from a book that is for sometimes we don’t. I did actually ask on twitter if ‘Downton Abbey’ (which is a marvellous new period drama starring Dame Maggie Smith we have here in the UK) was originally a book, it seems not its something wholly original and new though having watched the first episode I do wish there was a book. Some people can never be pleased can they? Anyway as I need to read things before I see them (on the whole) I have started ‘Never Let Me Go’ by Kazuo Ishiguro after seeing the trailer for the film which looks very good even if Keira ‘Pout = Acting’ Knightley is in it.

I have also lined up ‘Birdsong’ by Sebastian Faulks as it has not long opened as a play in London and its something I really, really want to see and I book I have been meaning to read for absolutely ages and ages. Everyone I know who has read it has loved it and said that they think I would too. Do any of you have opinions on that as a book choice for my future reading?

So which is my favourite adaptation? Well for me it would have to be Hitchcock’s version of Daphne Du Maurier’s ‘Rebecca’. It could actually have gone horribly wrong for me as it is my favourite book, however Hitchcock did it superbly, and I think he and Du Maurier had an affinity on this particular project I have to say. My worst? Well, that would be the recent film of ‘Pride & Prejudice’ actually I didn’t think anyone except from Mrs Bennett  could act in it, and that horrid final scene at Chatsworth Pemberley after the wedding on the terrace almost made me reach for a sick bag.

So which adaptations do you love and loathe? Do you think an adaptation can only truly be judged or enjoyed by those who have read the book? Are there any adaptations you are eagerly awaiting? Which books do you hope never get adapted? Have you seen any adaptations that were better than the books (such as ‘The Girl With The Dragon Tattoo’ for example – ha)?