Yes yet another month has flown by and it’s that time when I ask for you thoughts on the books that have come through the letterbox, or snuck in hidden in my bag etc. I was thinking that it wasn’t such a bumper month and then remembered that I had been sent the TV book club titles (I’ve had to give up on ‘Moonlight Mile’ it’s just not me) then there are the Penguins I rescued and the Daphne Du Maurier discovery, oops.

So what paperbacks have come through the door?

Next up is those hardback and trade paperbacks lots of which I am very, very excited about…

Blimey typing all those books up actually makes me realise that there were a lot more than I realised, if that wasn’t enough I also received some gifts from friends and then went and bought myself some treats. 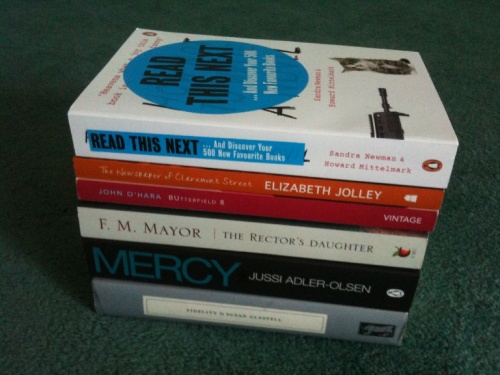 There that’s my loot this month, what lovely stuff have you had of late? Which of the above have you read and loved? Which would you like to see me reading next?